The Other Cannes Festivals

Cannes is synonymous with its International Film Festival. Yes, the once small fishing village that’s now a glamorous hub for the well-to-do and famous offers lots more with its glittering nightlife, casinos and high-end restaurants. You can also enjoy  walks through the cobbled streets  of Le Suquet or people watch in the marina. But most of us think of the world’s best-know film festival when we hear “Cannes.”

This year the festival runs May 14 to 25. If you are able to brave the crowds, snag passes to exclusive screenings and  parties, and not blink at the astronomical boosting of prices all over town, then Cannes is an event you shouldn’t miss. But if you want to experience glamor with things a bit more settled, then you should attend one of the other Cannes festivals.

The biggest and best known of these is the Cannes Lions International Festival of Creativity (formerly the International Advertising Festival). If the Film Festival shows the movies you’ll want to see in theatres, then the Lions display the ads you’d be willing to sit through before the films start. Running from June 15 to 21, the Cannes Lions is touted as the “world’s biggest ad festival,” drawing more than 12,000 creatives, marketers, technologists and media specialists from 94 countries.

Who doesn’t like to shop? The Cannes Shopping Festival runs from April 18 to 21 and displays the latest high street fashion, haute couture, accessories, swimwear, wedding dresses and season’s trends. Each day during the festival there is a fashion show in the Grand Auditorium of the Palais des Festivals et des Congrès de Cannes.

All hands on deck for this one. Festival de la Plaisance runs September 9 to 14 and is considered the most important boat show in the Mediterranean, which has  more than its fair share of luxury super yachts. This year’s Yachting Festival is supposed to attract more than 50,000 window and real shoppers, who will also be rewarded with regattas in the bay of Cannes, presenting some of the most magnificent sailboats in the world.

For a more low-key film festival, you could attend the Pan African Film Festival, running from April 23 to 27. It offers more than 50 films, as well as music, beauty and fashion exhibits.

If you prefer your glitter in the night sky, then consider attending Festival d’Art Pyrotechnique in July and August. The “gods of fireworks” are expected to work their magic, using the sky as a canvas, over the heads of 200,000 awestruck spectators.

Those in the business of creating or buying fare for the small screen will want to attend Mipcom, from October 13 to 16. This content event provides those in the TV, film, digital and audiovisual content, production and distribution industry a market and networking forum to discover future trends and trade content rights on a global level.  MIPTV, held in April, also provides a content market for co-producing, buying, selling, financing and distributing entertainment content for TV, film, etc.

Who doesn’t like luxury? The International Luxury Travel Market runs its flagship even in Cannes, from December 1 to 4. It is aimed at high-end travel agents and advisors, providing them with networking events and hosted buyer appointments.

Those in the music biz might boogie their way to MIDEM (Marché International du Disque et de l’Edition Musicale). It is “the place where music makers, cutting-edge technologies, brands and talents come together under one roof to source, sell and sign new music, digital solutions and innovative ideas.”

If you like to play then the Festival International des Jeux may be your thing. Running in February and March, the International Games Festival includes traditional games and “grand classics,” board games, video games, simulation games, collector cards and more. Tournaments, demonstrations and beginner classes are all part of the mix.

Running March 10 to 13, 2015, MIPIM attracts 21,000 participants from 93 countries, offering “unrivalled access to the greatest number of development projects and sources of capital worldwide.” All sectors of the real estate market are present, including office, residential, retail, healthcare, sport, logistics and industrial.

Cannes is also home to some of the world’s most impressive villas, whose 19th-century  grand properties were inspired by everything from medieval castles to Roman villas. So to truly experience the best of Cannes, you should treat yourself to a stay at a luxury Côte d’Azur villa. It’s what all the beautiful people do. 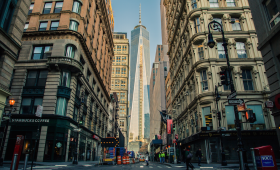 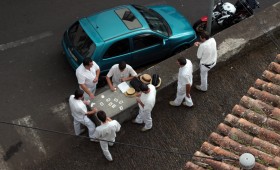