Avignon, City of the Popes

While the popes have long made their home in the Vatican that has not always been the case. From 1309 to 1423, following a schism between the French crown and papacy, a series of popes and illegitimate popes made their home in Avignon. Today Avignon is one of Provence’s biggest draws, with its mix of historical and cultural attractions.

The capital of the departément of Vaucluse, Avignon is one of the few French cities  to have preserved its ramparts. In  walled, medieval Old Avignon, the 800 year-old stone fortified ramparts run unbroken for 4.5 kilometres. Shaped like a rhombus, the historical part of the city is bordered on two sides by the might Rhône. Its cobbled streets are lined by boutiques and among the most famous of its leafy squares is Place de l’Horloge, framed by glamorous Hôtel de Ville and the Opera, and filled with cafes that are a perfect place to people watch.

When it’s time to eat or imbibe, head to Rue des Teinturiers. This sloping cobbled street lined by trees and a canal is one the loveliest, most atmospheric places in the city. It used to be where  Avignon’s textile manufacturers worked their trade and now is home to many affordable restaurants and drinking spots.

Appropriately, the City of the Popes still boasts the Palais des Papes (Popes Palace), a Unesco World Heritage Site and planet’s largest gothic palace. With a surface area of 15,000 square meters and towers rising 50 meters into the air, it is one of the largest medieval buildings in Europe, complete with battlements, vaults and sluices for dumping boiling water on intruders. While its interiors are fairly bare, you can see the 14th-century chapel frescoes painted by Matteo Giovannetti, the elaborate walls of the pope’s bedroom and the medieval hunting scenes in Chambre du Cerf.

Also worth a visit is Pont Saint Bénézet, or Pont d’Avignon as it is know in the French nursery rhyme. Built in the 12th century, the bridge was often damaged by the flood waters of the Rhône. Repairs stopped in the 17th century and 18 of its 22 original arches have been washed away or collapsed. Still it is an impressive structure and offers views of the city, its towers and further down the bank of the river to the satellite town of Villeneuve-lès-Avignon.

Another way to immerse yourself in culture is to visit some of city’s many museums and galleries.  These include Place du Palais, with its world-class collection of Italian Renaissance painting; Musée Calvet,  offering art in an 18th century mansion; Musée Angladoni, with its collection of  Picassos; Collection Lambert, for contemporary art fans; and Musée Louis Vouland, with its fine porcelain and antique furniture.

For contemporary culture, the city’s biggest draw is Festival d’Avignon. The annual performing arts festival, running for three weeks July and August, takes over the city with plays in venues such as the Palais des Papes and numerous performances on the street. Theatre, dance, readings and music are all part of the mix.

To really get into the mood for the City of Popes, why not stay in a villa that once hosted bishops waiting for audiences with His Holiness? Today the spacious Chateau d’Avignon has been refurbished with all the modern conveniences and includes a swimming pool and patio. LaCure has a full selection of villas in Provence, so you can sample its culture, history and cuisine in a style sure to receive your blessing. 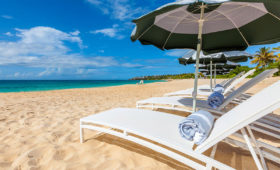 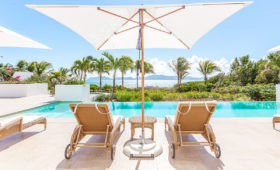 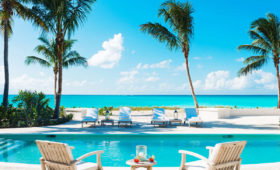